The Vocal Ensemble GLAS is an award-nominated vocal ensemble presenting six distinct female voices with roots in Denmark, Finland, the Faroe Islands, Hungary and Poland. The ensemble was founded in 2001, and the singers of The Vocal Ensemble GLAS originally met around a common passion for Bulgarian folk song with dancing ornaments, close voicing, odd meters and a metallic sound ideal. Since then, the vocal features of the ensemble have been used in as diverse contexts as modern opera, world music, experimental rock and pop, and not least in new Nordic folk music.

The ensemble sounds like one instrument, and with its cascades of tone colors, GLAS is a special vocal ensemble, especially expanding the frame of what a cappella folk song is.

The Vocal Ensemble GLAS has no conductor and use no sheets on stage. The singers navigate through their obvious musicality and in-depth knowledge of the music and of each other. GLAS occupies the concert space in different settings throughout the concert, and the singers thus come close to the audience along the way. It is a beautiful sight and at the same time an overwhelming musical experience.

GLAS Vocal Ensemble is supported by: 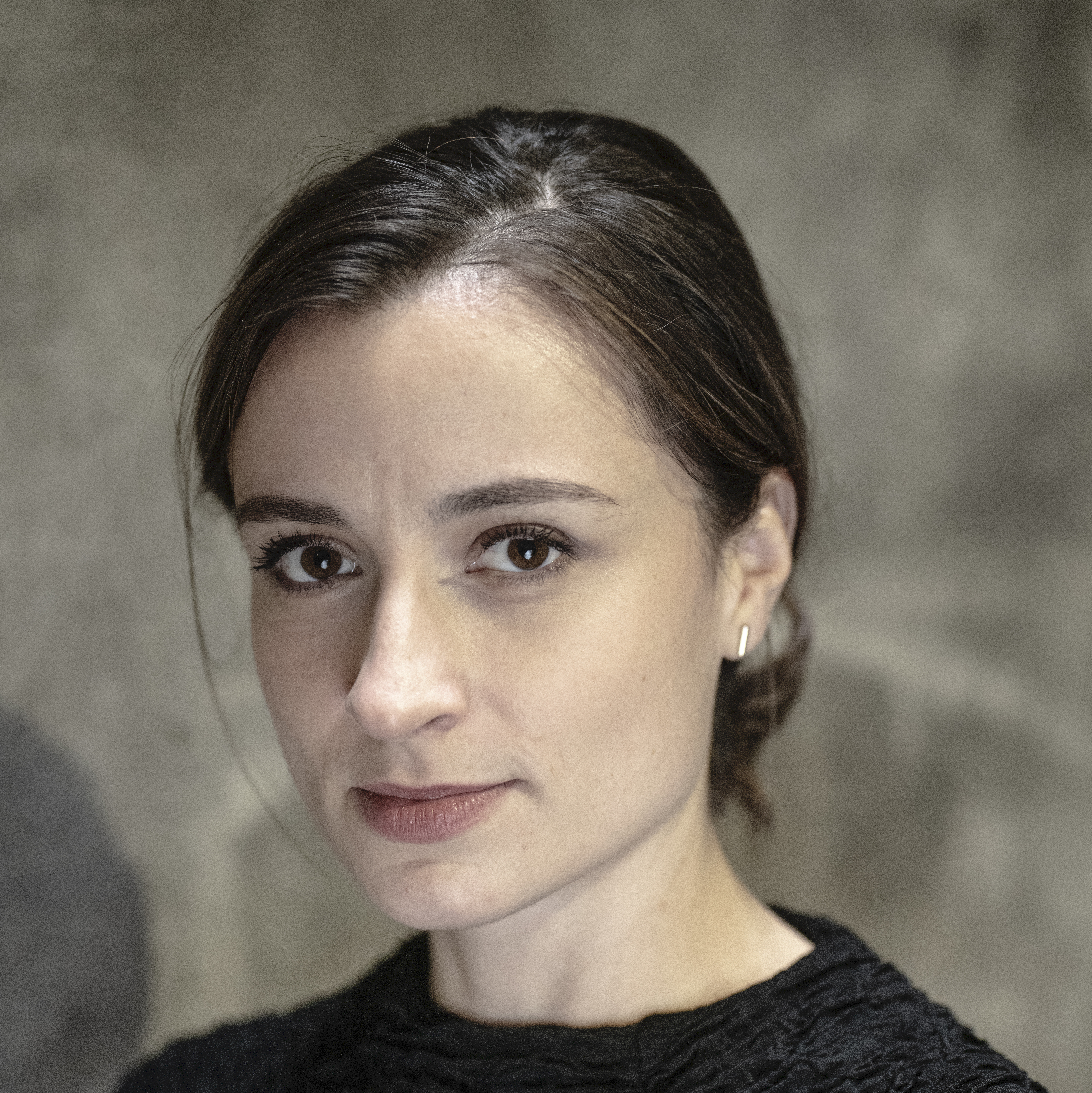 Ania Rybacka is a Polish vocalist, with an MA from the Music Academy in Copenhagen. Ania has performes with e.g. Odense Symfoniorkester, Adam Rudolph, Kresten Osgood, Anders Filipsen orkester, Stefan Pasborg, Frederik Lundin, Nephilim Ensemble and many others. She released her first album 'Synesthesia' (2014) as a part of the trio Sphere, and since 2015 she has released the improvised album “Havet” (2017) with Lo Ersare and the experimental “Voice'n'Drums” album with Stefan Pasborg (2018).
www.aniarybacka.com 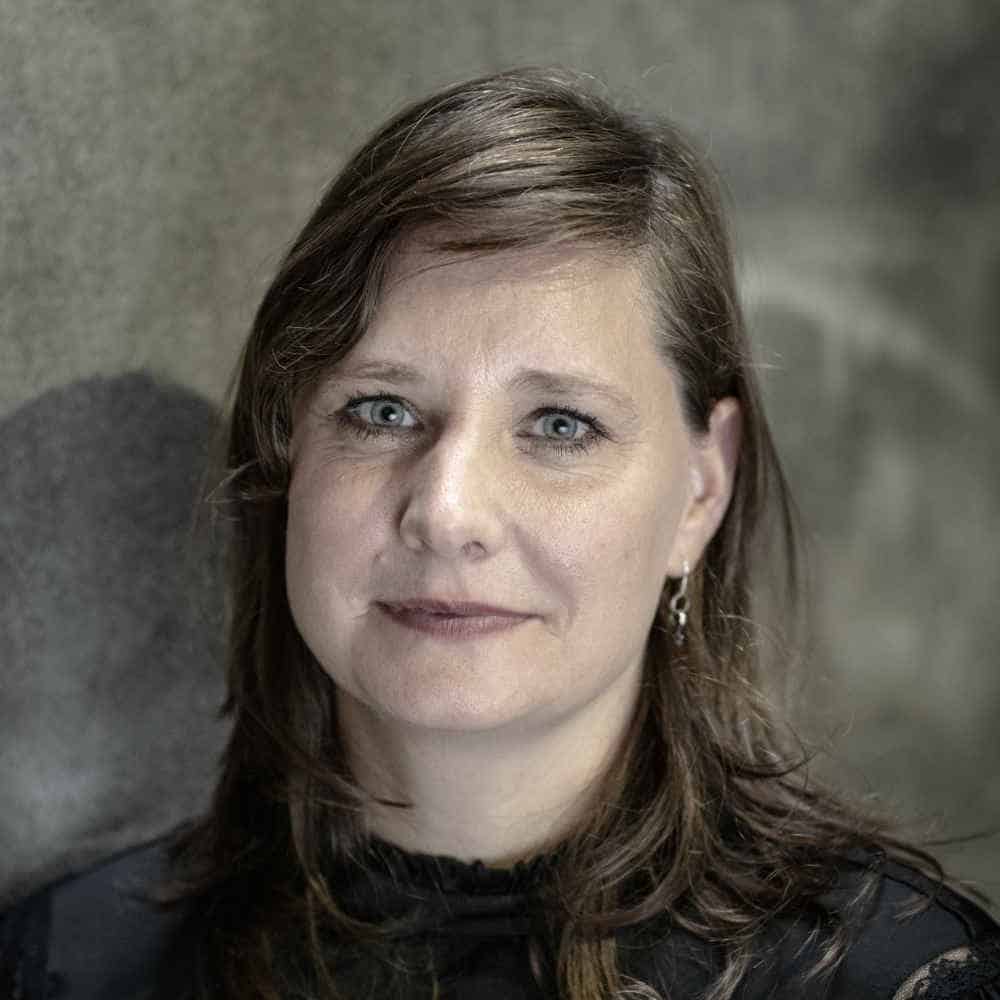 Danish/Faroese Katrina Petersen has a diploma in vocals and vocal pedagogy from the Rythmic Conservatory of Music in Copenhagen. Katrina teaches music at the Gentofte music school and conducts the Bulgarian womens choir Usmifka. In 2013 she completed the Voice Embodiments course with Anne Rosing-Schow. Katrina also sings with API PIPO and Nordstemmer, and releases music under her own name. 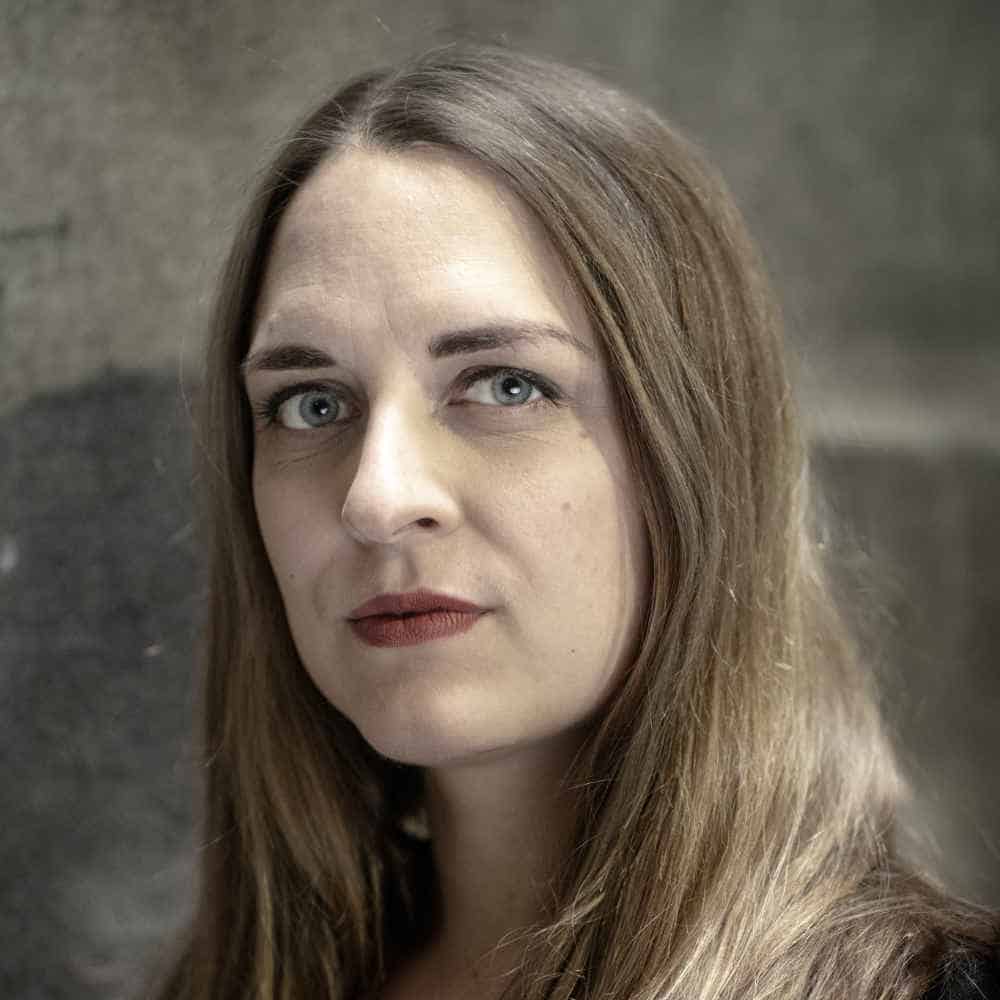 Danish/Hungarian Kamilla Kovacs is educated from the Rhythmic Music Conservatory in Copenhagen, Denmark. Among other things she is a part of the award-winning, experimental vocal band IKI, the voice and saxophone duo Kovacs & Dyberg and she has a project in her own name where she composes and arranges songs. She has released several albums and her band IKI has won a Danish-Music-Award for best vocal release of the year. Kamilla teaches singing at the music high school Sankt Annæ Gymnasium and conducts workshops in improvisation. 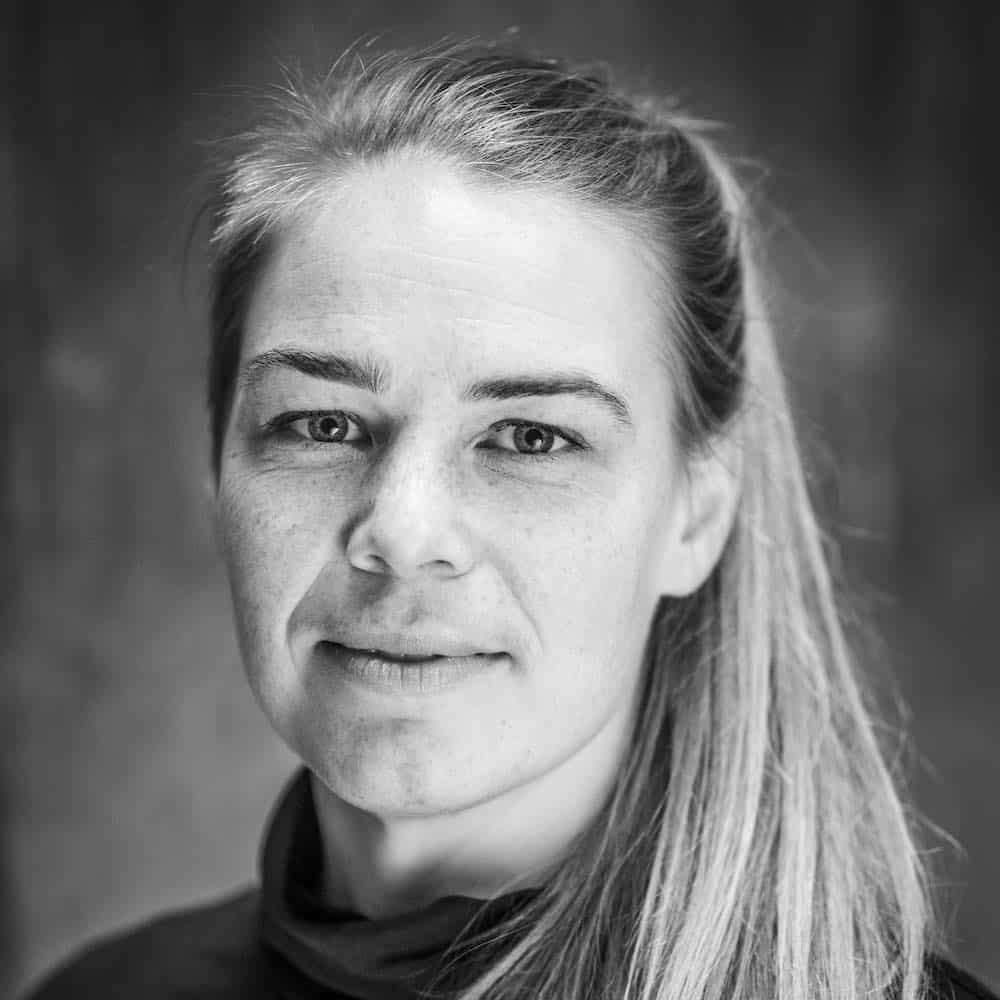 Nini has a bachelor from The Music Conservatory of Malmö, Sweden, with a specialty in Persian singing. Since 2006 she has been a full time singer, actor and musican with the internationally recognized Teatr ZAR. Nini also regularily tours as a singer and performer with the American theatre collective Source Material, mentored by Marina Abramovic, and has received rave reviews from the Icelandic phenom Björk. As a part of the Theatre Olympics 2016 in Wrocław, Poland; Nini premiered her soloperformance ‘A Thousand Tongues’, which was nominated for two Icelandic GRÍMAN awards in 2018, and went on to perform at REDCAT in Los Angeles in 2019. She is the creator and leader of The World Choir in Copenhagen, and in 2018 she released her debut album under her own name.
www.ninibang.com

Danish/Finnish Else has sung with Ida Kelarova in the Czech choir ‘Gypsy Celebration’ for 3 years and has since 1990 sung with the Bulgarian womens Choir Usmifka who are based in Copenhagen. She has a Masters of the Arts, with a specialty in Danish literature and language.
www.usmifka.dk 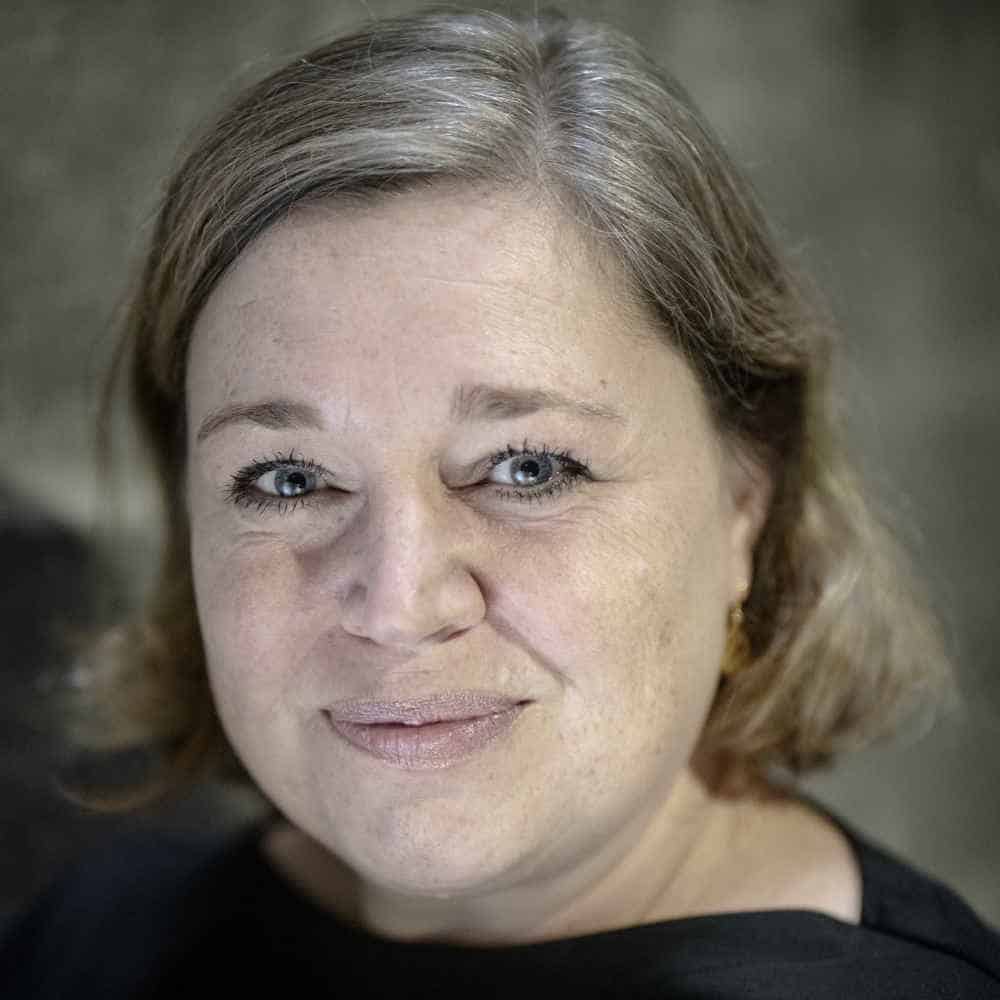 Maria Kynne is a highly trained singer and educator from the Rhythmic Music conservatory in copenhagen recieving her advanced diploma in 1999. She has released several CD’s and has received the Thøger Olesen Award, the Odd Fellow Order's Artist's Scholarship and Frederiksberg Municipality's Talent Award. Maria sings in "Electric Sheep", "Vi som er søgende.... (with the psalmist Iben Krogsdal), Tone of Voice Orchestra (Trinelise Væring & Fredrik Lundin) and the Maria Kynne Trio. Maria is also the choir leader in "Verdens Sirener". Alongside an active career as both singer and composer, she studies theology at Copenhagen University.
www.mariakynne.dk

Call us
Write us